Take a floating plug and you have one of the greatest fish catching lures ever. They look like a fish, they act like a fish and fish like to eat them. But the plug is simply a tool that we anglers use to catch fish and what we do with that plug is often the difference between catching a bunch and catching a little. Now there are sinking plugs and suspending plugs and they have they're rightful spot, but if you're like me and can only spend so much money on fishing tackle, the first plugs I would buy are floaters. The reason is that they are versatile and can cover pretty much all fishing situations. 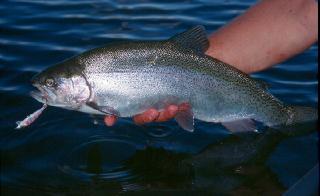 They can be fished fast on active fish, slow on inactive fish, cranked deep to find the bottom dwellers and twitched shallow to find the hunters. Given a little creativity, the floating plug covers practically all fishing situations. Here's how I get it done.

Early and late in the day pike, walleye and trout like to come shallow to eat and all of them are fish eaters. That makes fishing with plugs a natural choice. Be it baitfish or smaller gamefish such as perch or whitefish these fish offer the incentive for the bigger fish to push in shallow and hunt. 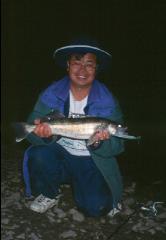 When it comes to trout and low light fishing, I hunt actual fish because many trout will prowl and feed in water so shallow that, with a little patience and a keen eye I can see individual fish moving about. This is especially true on the calm waters typically experienced in the mornings and evenings. Once a fish is located, I quietly slide on in to about 30 feet and pitch a small floating plug near the feeding fish. The disturbance and a quick one or two twitches is often all that's needed to get the trout to charge on over and hit the plug.

When it comes to pike and walleye, I do more searching and prospecting, thoroughly covering productive water. Because most of my success with pike and walleye is near bottom, I'll pick a deep diving plug and crank it down so it maintains continuous contact with the bottom. I concentrate my fishing efforts on the shallow flats that are close to deep water. After that I'll look to working the edges of prominent points and then I'll move on to prospecting the deeper edges of weedbeds. Somewhere in one of those three locations I will typically find a consistent bite.

Just because these fancy lures are all shiny and new out of the tackle box, don't feel compelled to leave the lure as is. With a few tweaks the lure can be better than ever. For one, on smaller plugs the middle hook is sometimes too small to do a good job so I replace the middle hook with another one a size or two larger. This will dramatically improve hook ups. Some plugs come with a three hook set up which, in my opinion is one treble hook too many. It's harder on the fish and more dangerous to the angler. My solution is to remove the center of the three trebles and convert the front hook to one that is one size larger. While I only have two trebles instead of three per the original lure, I find that I hook and hold most all fish that bite.. 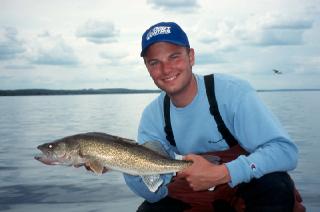 If I find that I want an extremely shallow running plug I will pull out my Leatherman multi tool and hack a chunk right off the front plastic diving bill. That's right, I saw off a real good chunk. What that does is allows me to manufacture an excellent shallow water twitch bait that can be fished in inches of water. Sometimes that's where the fish are and I'm not shy about doing what's needed to get to them. And if I find when I'm fishing that the plug tracks to one side, I'll pull it in and ever so slightly, bend that metal eye on the nose of the plug in the opposite direction, which should make the plug run true.

Floating plugs are amazing lures that catch fish. My favorites have to be the Rapala original and shad patterns, the bomber long A's, the Storm, the walleye diver and finally the reef runner. They've all been good to me. Fish eat fish, and where ever this happens a plug is a guarantee to get some to bite.