The Fun in Ultra Light

This spring I was at the Fishing Show in Calgary when I came across a new rod that grabbed my attention. It was the Finesse Ultra Light made by Rapala. I usually don't get too worked up over a rod, but this one was different. It was a seven and a half foot two piece spinning rod, a full foot longer than the norm. Not only that, it was an ultra light and I like ultra lights. I picked it up, checked it out and bought it. Beyond having a great feel, it had two qualities that made it a flat out winner. 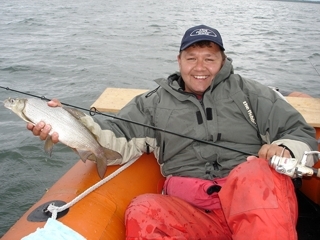 One, the lower third of the rod has little flex, giving it backbone, while the top two thirds is all flex, giving it the finesse touch required to play and land fish. This is especially true for soft-mouthed fish like whitefish, trout and grayling. And two, the added length not only allows for great casting, but it also shines when it came to sweeping positive hooksets, sticking more fish, more often. I figured the rod would be an excellent addition, but I needed to prove its worth before I got too excited in talking about it. To give it an honest test I matched the rod up with a Rapala reel and spooled on some quality four pound mono and took the show on the road. 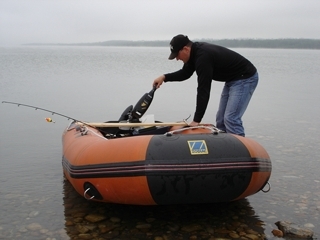 The first trip out - Spring Lake. Spring Lake by Edmonton is a great trout fishery and lately, its produced more than the occasional perch. With the fish typically shallow early in the season, I opted for one of my favorite rigs, that being a strike indicator set up, utilizing a bead head nymph. I set the rig up on the ultra light and with a flick, I could easily send it out thirty feet or more, but rarely did. Most of the fishing was in close quarters. Twenty foot casts were the norm and my buddy Damian and I fished the weed edges closest to shore. In the three to four feet of water we picked up numerous hits and when a hit turned into a wild and crazy two or three pound rainbow, the rod did an amazing job of absorbing the shocks and sudden surges common when battling rainbows. The rod proved itself then and there and Damian wanted one right away.

Moving on to Walleye - Anyone ever try light action jigging for walleye lately? It's a hoot and well worth the effort. I took the ultra light out to one of the most under rated walleye lakes around Edmonton: Lac St. Anne. It's a walleye factory and this fishing afternoon was no different. Between three of us we caught and released well over two hundred. I stuck to the ultra light using a light one-sixteenth ounce jig tipped with a minnow. As fast as I could get the hook down, I caught fish. But when the minnows ran out, I kept right on using the jig as is. The rod easily picked up the bite and with a smooth sweep, the hook was set and the fight was on. While most of the walleye were between 12 to 22 inches, Dave who fishes the lake often says that they typically catch at least a few in the four to five pound range every day. It was an amazing outing and anyone looking for a quality walleye experience near Edmonton, need look no further than Lac St. Anne. 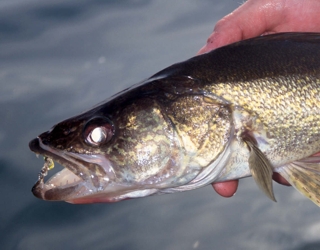 The Classic - Slip Bobbers and Wireworms for Lake Whites. As I mentioned in the previous tips column the timing couldn't be better for going out to tackle some lake whitefish. So I took my own advice and found myself on Gull Lake with a slip bobber and wireworm set up in hand. Again, the ultra light was called to duty and what an amazing day it was. The rod stuck all but one bite and every fish was brought to the boat. Most whites were between two and three pounds and by day's end, my buddy Ayr and I went home with a healthy limit of whitefish. 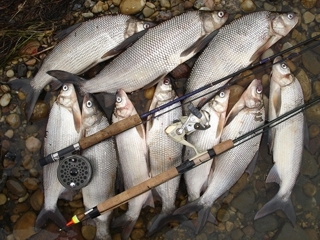 The rod was a winner, not only because it stuck the bites, but because it also landed all the fish it stuck. That's saying something, as whites have notoriously soft mouths and it's quite easy to pull the hook out. 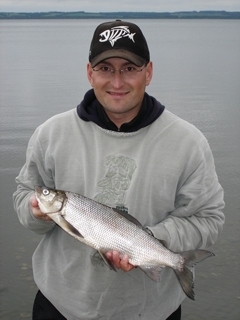 Fishing the ultra light is a lot of fun. The fight is amplified and fewer fish are lost. I was so impressed with Rapala's Finesse Ultra Light rod I'll be buying more. If you're interested, look for them at your local Fishin' Hole or purchase them on line. This rod is a winner and fishing with it is a whole lot of fun. 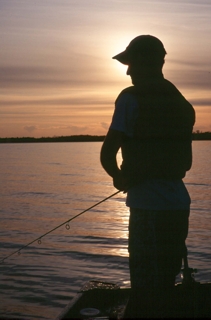