Some people are naturally good at catching fish. Quite often it’s their ability to observe and react to what they see around them that keeps their rod bent and their smiles a plenty. They see clues; some are visual, like picking off slight bulges or tiny, almost imperceptible wakes moving in knee deep water. It’s visual clues like this that give away the location of mega trout feeding in shallow, foraging for minnows and a host of invertebrates. 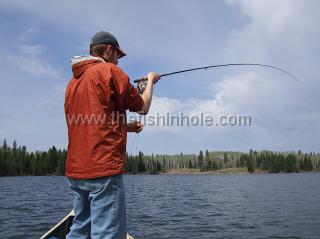 With this information at hand, they go to work making a stealthy approach, send out a well placed cast and the fish is caught. It’s the perfect read, stock and capture. Being able to interpret what’s going on around you is perhaps your most valuable asset for improving your fishing success. 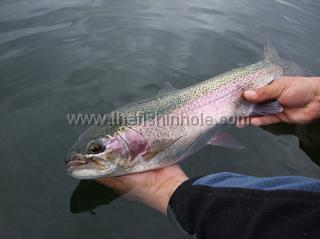 Some clues are not quite visual, in the sense that you can’t actually see the fish, but rather, you interpret the conditions in front of you and then use that info to put you into fish. This scenario played itself out for me some years back.

After catching a trout, I was fiddling with my gear while the wind did its thing and pushed my boat in shallow. I wasn’t too concerned as it was about to butt up against a cattail weed edge pretty quickly so I continued to tinker with my tackle. As the boat snuggled up against the cattails I looked down and was surprised at what I saw. There was a good three plus feet of water right at the edge, much deeper water than the surrounding shallows and there was also lots of free water under that cattails, much like an undercut bank. Then I saw a small school of stickleback milling about a few inches off the cattail edge. A light went on.

Piecing this info together I tied on a stickleback looking floating plug and rowed some fifty or so feet down the shoreline and anchored a comfortable cast off the cattail edge. Then I waited. In a few minutes a swirl a few inches off the cattail weeds betrayed the trout’s presence and I shot out a cast right into the dissipating rings. Before I could pick up the slack the plug disappeared and I was solidly hooked into what turned out to be a 23 inch rainbow.

Since that discovery, I’ve scouted out all the cattail beds in the lakes I fish and I’m happy to say that several of the lakes have a similar set up and each one that does, also has a healthy population of big trout living in them. 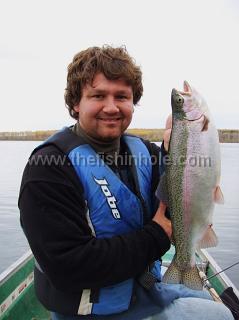 Piecing the information together put me into a winning pattern with the cattail trout, but sometimes you can already be on a winning pattern that only needs some tweaking to become a real producer. This happened to my good friend Arnold and me when we were fishing Slave Lake during the renowned June walleye bite. The typical approach is to stick a minnow on a quarter ounce jig, lower it to the bottom and catch your fish. But this day was different. The fish were there all right – we could feel them bite non-stop, but every time we set the hook all we’d have to show for our efforts was a jig with only a minnow head attached. These were short strikers, indicative of neutral or negative fish. To overcome this situation Arnold and I made a couple of changes to our approach.

Arnold continued with his quarter ounce jig, but attached a stinger hook near the minnow’s tail. This improved set up tagged nearly all of the short strikers. I switched to a lighter one eighth ounce jig, which the light biting walleyes where able to fully inhale, allowing me to get a positive hookset on a great many of them. It shows that a number of solutions can work for any given situation. 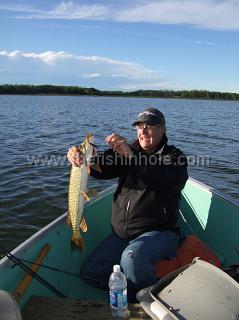 So there you have it, a few clues through observation that will help you catch more fish. One final tip is to someday take a trip to your favourite river or lake leaving the fishing rod behind. Without fishing as a distraction – as great as that is – you can devote time to observing. I expect that what you learn in that one day will surprise you and help you become a better angler from that day forward. 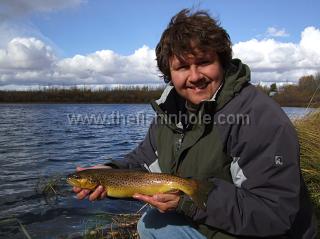