With a new year well underway I’m sure many people, myself included, have made, and probably by now broken a few new years’ resolutions. Lose weight, exercise more, spend less money and other things beneficial to ones well being have gone by the wayside, but there is lots of year left to get in some fly fishing resolutions. These types of resolutions are much more fun and definitely easier to keep. Here are a few of mine for the upcoming season.

Tenkara is a fly fishing method developed in Japan for their mountain streams that contain trout. Shortened from the phrase "Tenkara-tsuri" which means fly fishing it has become popular in North America since the early 1980's. It is a simple style of fishing that involves a long rod, 10-11 feet, with a casting line attached directly to the rod tip, no fly line, no reel. Flies are simple wet fly and soft hackle type patterns, more impressionistic than realistic. I know a couple of above average fly fishermen that have taken up Tenkara and really enjoy it. I don't know why I haven't tried it yet, but this year I will make an effort to get invited on a trip that involves Tenkara style fly fishing.  Because Tenkara rods collapse down to just a couple of feet they are super convenient even though they are 10-13" feet long when extended. They also are good to use during the winter months, with the leader tied directly to rod tip area there are no guides to ice up. I'll wait until I try it in summer before I  give winter time a try. 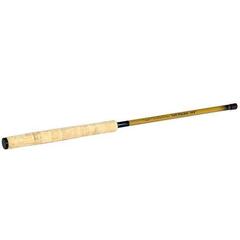 Euro nymphing, also known as Czech nymphing, Polish nymphing, Spanish nymphing, French nymphing etc. This method which is known by many names has become very popular over the last 10 years or so. I became familiar with this method of nymphing while competing in the World Fly Fishing Championships in the Czech Republic in 1996. In these competitions  nothing other than your fly is allowed to be attached to your leader, making split shot and strike indicators taboo. In order to get your fly down to the fishes level you need long leaders, sparsely dressed yet heavily weighted flies, and long, light weight rods with sensitive tips. I must admit that I really haven't done much of it since the Czech Republic competition but I resolve that I will do more of it this upcoming season.

My first love in fly fishing is, and always will be, stream fishing, there's just  something about walking a river or stream, casting to likely looking spots and wandering upstream to see what's around the next bend. Unfortunately the closest trout stream for me is 2 1/2 hours away. It only makes sense to try to visit the local pot hole lakes for trout. These lakes are a lot closer to home and with regulations , winter aeration and expanded species planting are providing some pretty good fishing opportunities. I resolve that this year the pontoon boat will be put to a lot more use. With daylight lasting well past ten in the evening during summer there is lots of fishing after work and on weekends with other commitments that won't allow a full day excursion to a trout stream.

Resolution #4 - Fly Fish  for other species

I have fly fished for walleye, pike and perch several times in the past and have always enjoyed it, but it has been a few years since I last did it. Perch can be a ton of fun, especially when the water is clear enough that you can sight fish for them. Often it will be a race between several eager fish to see which one will eat your fly first. Nymphs like Prince Nymphs, Hares ears etc. will always do the trick.

Walleye are a natural to target with the fly rod, one of their favorite foods, leeches, are imitated with some of the most  popular fly patterns, Woolly Buggers, Zonkers and Strip Leech patterns.
Pike are a super fun on the fly rod and fight surprisingly well with only one hook in their lip. It's tough to beat pike on the surface. They will smash top water flies like frogs, mice and Deer hair poppers like there's no tomorrow. Streamers like the leech patterns that work on Walleye will also work. While drabber colored flies work well for walleye the pike like brighter colors, chartreuse, red, orange and yellow all will work on these "water wolves".

When I lived in Calgary I was within walking distance of the Bow River and would venture down to the river on a regular basis. One problem that I encountered, especially in areas where wading wasn't possible, was that casting right handed put my fly, leader and line over dry land, and all the potential tangles that came along with that. A left handed cast would put most or all of it over the water with less opportunity to tangle. I have come across many situations where being able to cast with my left would be an advantage. If I'm going to practice casting left handed I should probably work on mending while I'm at it, always room for improvement. 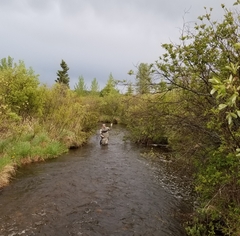 I'm lucky in that after teaching my kids to fish I now have 5 grandkids to take fishing. I must admit though that I don't do it often enough. It takes a little more planning and effort to have a successful kids fishing excursion, but it is well worth the effort. Kids are the future of our sport and we need them to gain an appreciation for not only fishing but all that goes with it. Whether it be skipping rocks or catching frogs or watching ducks and geese it is something we should all make point of doing. Whether be your kids, your grandchildren, nieces, nephews, cousins or neighbors, take a kid fishing. Make sure to plan your kid trips around them, plan for a shorter day than normal, make sure the location provides a good possibility of them catching fish, bring snacks, be prepared to untangle knots and don't worry if they don't spend much time actually fishing, the goal is to make it fun so they will want to do it again. 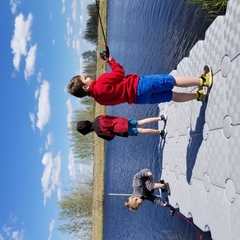 Resolution #7 - Get involved in a Conservation club or group

At one time I was very involved with local fishing clubs and conservation organizations, buy I somehow gravitated away from them. Many friendships were made, and still exist from being involved in those clubs and they are also a great source of information. Many projects that I participated in "back in the day" have now matured and the successful ones, like stream bank revetment and tree planting projects in Central Alberta, are very gratifying. This year, COVID permitting I will get back involved with the local clubs and hopefully participate in a habitat project or two.

So think about your upcoming fishing season and what you would like to do differently or better. Maybe you spin fish for walleye and you want to do more fishing with slip bobbers or maybe give trolling using planer boards a try. There is no time like the present to come up with your list of New Fishing Resolutions. Whatever you resolve I guarantee it will be much more fun than dieting and exercise.