Right now things are going on in the underwater world that is inevitable. Adult walleye and pike are starting to think of preparing for the spawn. While the actual spawn will not happen until early spring, make no mistake that this is now entering their minds. In preparation, migrations are already underway and much like salmon, these fish will actually start staging. This in general terms means they will be gravitating closer and closer to their spawning grounds. They will not be spawning, but they will be moving and living closer to the area they intend to be spawn. 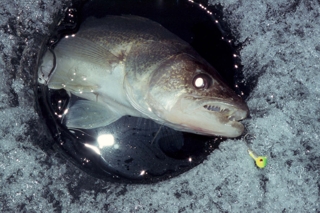 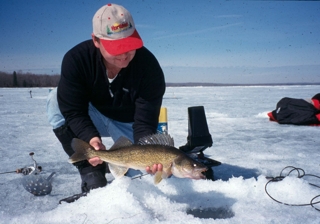 With this in mind, expect to find more and more fish at these sites as the season progresses. Slave Lake and the area around Shaw's point is one such example. Every lake that has walleye and/or pike, however, will be going through the same thing. If you know where the fish spawn, then you will know where they will be as February moves into March. Not only that, but the numbers of fish will continue to increase for as long as the ice-fishing season permits, either by regulation or by weather. 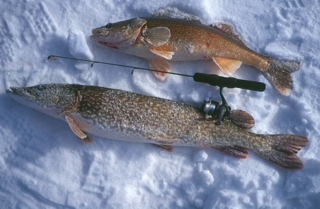 With this information in my back pocket on a recent walleye trip I searched my chosen lake for potential walleye spawning sites. I found the southern basin had a large bay and a creek, which figured to be my ticket. Predicting that the walleye would be in the area and not necessarily lined up at the creek mouth I moved out along the outer points of the bay to drill my holes. It was a large flat with some rocks and I decided to fish it everywhere from deep to shallow. Throughout the day we picked up some pike and a bonus walleye and overall the fishing was good. Sure enough though, as the sun started to dip on the horizon, the walleye came out to play and we picked up two larger ones and saw several others. We also tagged into more pike.

The walleye were plump, in excellent condition, as were the pike. I can only imagine that as the ice-fishing season progresses both the walleye and pike action in these staging areas will continue to improve. 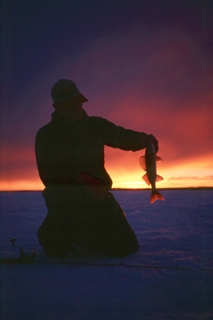