The Sinker and Floating Plug

This has got to be one of my favourite presentations. Suspending and sinking plugs are designed to dive into the depths and stay there but often I find a floating plug works better, particularly when fishing the bottom. Really! Specifically, shallow diving floaters, with their inherent buoyancy giving them a wider, more fish appealing wobble at slow speeds compared to their sinking and suspending counterparts. The fact that they float gives them a major advantage. Using a weight to stay in touch with the bottom the plug will float above in the strike zone eliminating the hang ups on the gunk sitting or growing on the bottom. 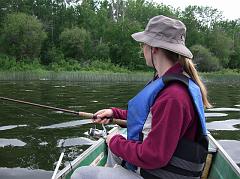 I’ve used this tactic for trout, walleye and pike and it works equally as well on all of them. The trick is pace. Cast out a plug with a sinker attached a couple to a few feet up the line. The sinker should be heavy enough that it will suck the plug down easily. Now let line out until the set up hits bottom. When it’s there, give the plug a short and slow six inch to foot long pull, then stop. This will cause the plug to wiggle and dart forward for a second or so, all just above bottom. It will dive a little and when you stop pulling, the plug will pop back up. After a few seconds or more do it again. You will be amazed at how many fish will hammer the plug. Not a lot of movement is necessary to make this work and believe me it works phenomenally well. 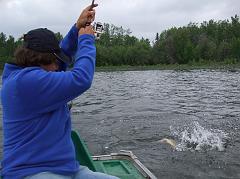 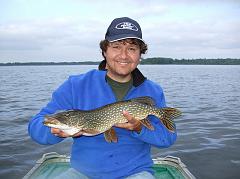 The cool thing is that plugs attract fish eaters, so expect bigger bites off of this sinker/floating plug combo. Many of my biggest trout have come off plugs, especially browns, and as for pike and walleye, floating plugs fished deep can’t miss. 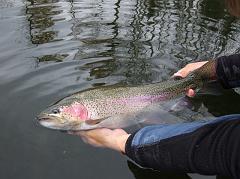