They come out at Night - Our Friends that is

Last night, near the end of September, a group of us found our way winding through a dimly lit trail to reach the banks of the North Saskatchewan River. We were fishing smack in the middle of downtown Edmonton and thanks to the aid of distant street lights; we could make our way around without having to turn on our headlamps. Unfortunate for us, an out of season lightning storm passed though just before our arrival, turning the water from its usually gin clear, to a slightly muddier version. 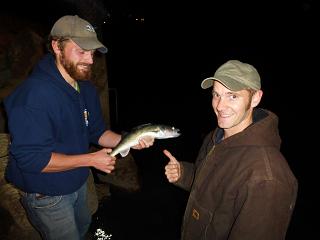 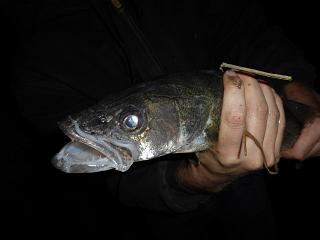 Still, tonight was a night for friends to be together, and not so much a night to catch the biggest, rarest, or most of any one fish. Not to be deterred, we put on various plugs and one spoon and began casting. It wasn't a fast and furious night for bites, but somewhere, every now and then a walleye and once a pike, would find our offering and take a whack at it. It was great fun! 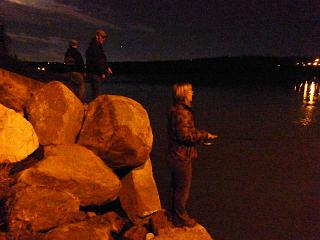 It became clear that we needed this outlet. We came to realize that the river and the fish that swim in it caught us every bit as much as we caught the few walleye and pike that were willing to find our lures through the muddied water. It was a night filled with laughter, some light hearted ribbing, and a good dose of humility. We enjoyed each other's company and the simple truth that we could drive the 5 minutes it takes to get to the river and, for an hour or two, partake in our own outdoor adventure. The best fishing sometimes isn't a big drive away but rather, it's at our doorstep and filled with the people that make us laugh and smile; and fortunately there are a lot of places near and dear that fit that bill just fine. 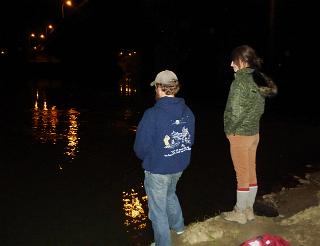 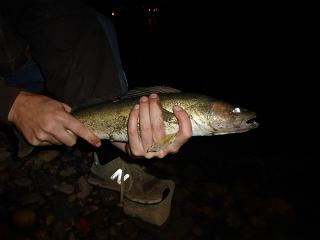