Be the Last Man Standing

It’s October, and looking forward there are still warm days ahead of us, yet for many reasons, there will be virtually nobody on our lakes or rivers. Be that last man, or woman, standing. The glory in sticking it out to the end is solitude, peaceful fishing, empty boat launches, and sometimes great action. The lack of fishing pressure makes fish bold, and quite often they’re in shallow, and catchable. The cooling of lake water releases many fish from their summer deep water haunts, and now they are now on the hunt, packing on the feed, getting ready for winter. Large northern pike are a prime example. 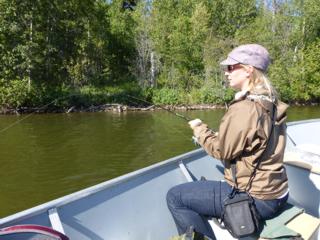 Other fish, like Rocky Mountain Whitefish will school in the hundreds, and sometimes even the thousands, to make their annual fall spawning runs up our East Slopes rivers. Bull trout aren’t far behind, and where bull trout and Rockies mix, there’s bound to be some hot action to follow. In the trout lakes rainbows and browns have had their fill, dining on backswimmers and water boatmen over the month of September and they have now comfortably settled into their late fall and early winter feeding patterns. Until freeze up many of these trout will roam the shallows, cruising any remaining weed beds, picking off nymphs, shrimp, and whatever else they can scrounge up. They have become generalists, and have also become much more catchable. In the prairie rivers, fall means hot fishing for tank size walleye, and if you’re adventurous and willing to put on some miles to find a deep hole, it could mean great sturgeon action in your future. 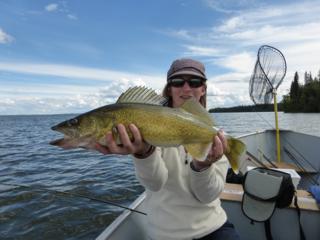 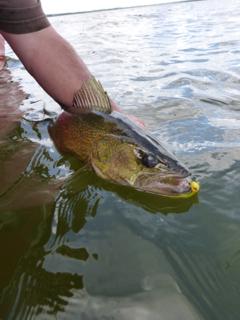 Fall fishing is not a slowdown in fishing action and opportunity, but rather, it is an all to brief but hot period of fishing, where there will be too many choices and too little time to take it all in. This is our dilemma, but what a good dilemma to have! For me, this fall will be defined by hunting trout in the shallows, a return to chasing northern pike, and plenty of time hanging out at the river. If I have time, I’m gonna do a trip to the East Slopes and chase whitefish, but like I said earlier, it’s a challenge to do it all. 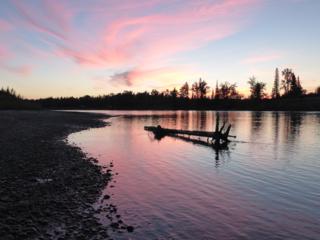